Proposal on Clam Farming and Reseeding Project in Kosrae 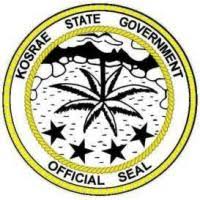 Department of Resource and Economic Affairs

Giant clams on Kosrae's reefs are still considered as an important food resources, but over harvesting has widely depleted the reefs of Kosrae. Restocking the reefs is an effective means for building resiliency and diversity for rural communities, promoting food security and economic well being for the island people. Alarming now is the increasingly higher distance between two wild clams, making natural spawning- is less or very limited. Given the situation priority, the privately operated aquaculture hatchery on Kosrae has maintained in cages on ocean-tables a good number of breeding stocks of several species. it is the intent of the State government to look into possibility of having such project implemented to replenish the clams stock. This project would support long term goal of cultivating clams in cages on rebar tables and by law protected up to several thousands of clams. It is also in plan to carry out reseeding programs in the communities where several thousand juvenile clams will be restocked especially within the marine reserves/protected areas or other suitable sites around the island. This project is contracted to Micronesia Marketing and Management Enterprise (MMME). It is expected that 100,000 pieces of clams are to be reseeded to marine protected areas in Utwe, Okat, Walung, Malem, and Lelu.